Throughout the month of October, we’ve asked our Aeroflow Breastpump mummies to submit photos of their little punkins to us! What a treat it’s been. We’ve loved seeing your babies in their adorable fall outfits and spooky Halloween costumes. Here are 16 entries that were just too cute to spook. We hope you enjoy their photos and stories as much as we do! 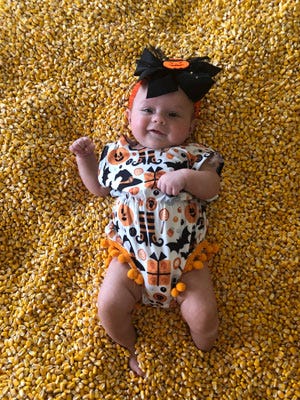 “This is Paisley, she is 4 months old. This is my first breastfeeding journey, and pumping has been the key to our success! Aeroflow has been amazing, and made this journey a lot easier and worry free.” - Brooke M.

“My little pumpkin is Valentina. She is 5 months old and I am a breastfeeding mama. She has been thriving on my liquid gold exclusively. Love motherhood, pumping, and my little pumpkin.” - Adriana A. 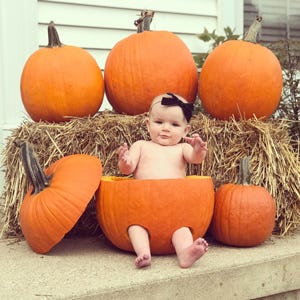 “Our little pumpkin was born on May 1st. Breastfeeding did not come naturally to me and is the hardest thing that I have ever done. I have been exclusively pumping since 6 weeks and I am an still going. I want to set an example for my daughter that when things get hard, you try harder. I am so proud that I have been able to feed my baby for over 5 months now. I love seeing her grow into the strong little girl that she is today.” - Natalia F. 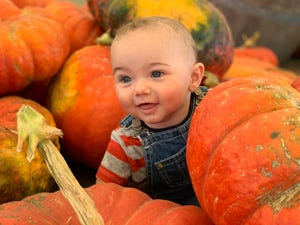 “Jamie just turned six months old, just in time for a trip to the pumpkin patch. He’s had a busy life so far – traveling to Paris, Reims France, as well as Lisbon for the national equestrian team show jumping competition to watch his grandmas horse compete! He’s traveled to Canada as well, and finds wonder in every part of life! He’s always happy, loves meeting new people, experiencing new wonders.“ - Ryan and Holly 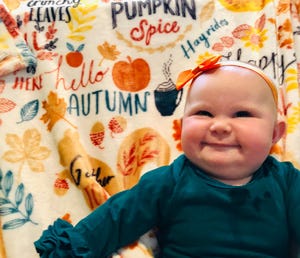 “Pumping my third time around became way more important than I ever thought it would. My baby was diagnosed with multiple heart defects at just three weeks old. She had a difficult time nursing because it exhausted her tiny body. So thankful for my breast pump! I was able to pump and supply liquid gold to my baby girl. And now I have a year’s worth of milk in our deep freezer.” - Carrie L. 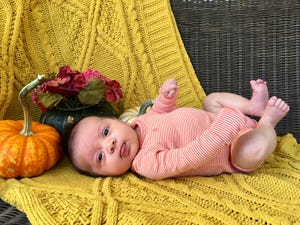 “My son was a preemie and he never got enough milk when he latched. So now I have become a full time pumper!” - Tessa R. 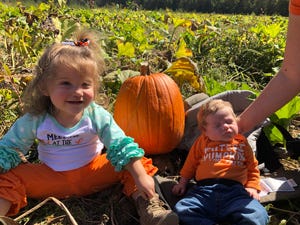 “These are my miracle babies! We tried for 8 years before having our first daughter in January of 2018. Then we had a miscarriage later that September. We just had our second rainbow baby in August of 2019. I nursed my daughter for 13 months and I’m hoping to nurse my son even longer.” - Holly L. 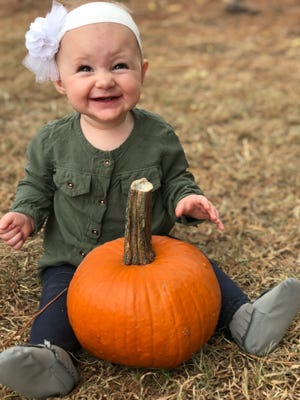 “Henley was a big surprise baby! Her brother was only five months old when we found out that we were due once again. She is a bundle of joy and my first successful breastfeeding journey.” - Brittany W. 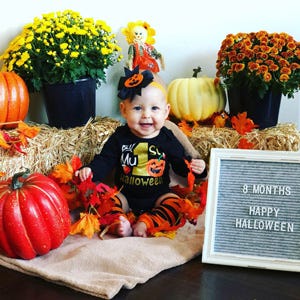 “I’m 32 years old and have been married for ten years. My husband is in the Army, so we move a lot and we’ve had the opportunity to live in some amazing places. I have a seven year old daughter, and after losing our son at birth in 2016, I recently gave birth to our second daughter in February this year. Everleigh, our healthy, sweet, beautiful, rainbow baby.” - Brittany C. 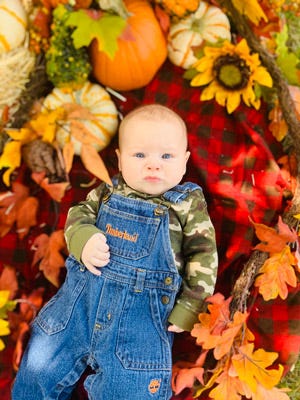 “My little Eli was born on the Fourth of July! At three months old, he’s fifteen pounds and has grown four whole inches. With the help of our breast pump and nursing, he is as healthy as can be!” - Kali 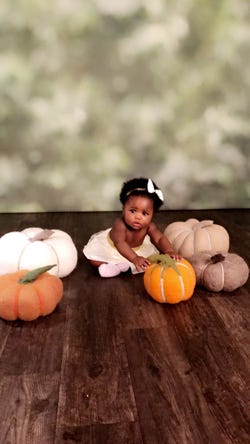 “Shannon and I went through a pretty rough pregnancy which lead us into an emergency c-section, the most difficult hours of my life. Her heart rate kept disappearing. But now, we can smile and play with pumpkins. Really grateful for this blessing of mine!” - Rachel 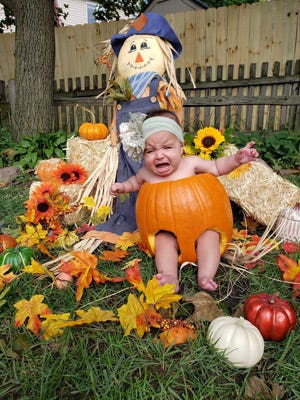 “My first baby girl, Octavia, came into our world with lots of love. We had a hard time with breastfeeding. I still breast pump to feed her, though, instead of choosing to give her formula. I will always think of what is best for my baby girl, no matter how hard it is.” - Kay Z. 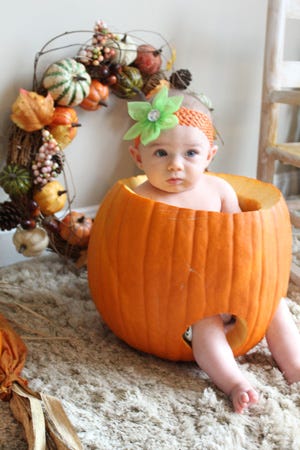 “My little peanut was born full term, at 39 weeks, but only weighed 4lbs 11oz! This was a shock for myself and husband, as well as our doctor. She was born as healthy as can be, just tiny! We called her our “full term preemie.” Breastfeeding was a challenge because of her size and stamina. So many early mornings and middle of the night, I found myself crying and wanting to just give up because she was unable to latch. It was one of the hardest things I went through with my daughter. Pumping saved us during these difficult times. I would have to pump a little milk into a bottle, suck some up into a tiny syringe attached to a tube, stick the tub into the nipple shield, and work to squirt the milk through the shield to get my baby to latch and begin nursing. After three months, she was strong enough and had finally figured it out! I’ve continued to use my pump after returning to work full-time, and I appreciate every minute of using it!” - Lyndsey O. 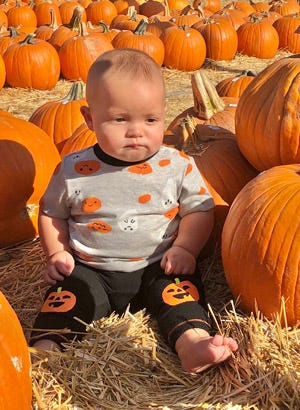 “This is my little nugget, Lennox. You’d never know just by looking at my sweet, little chunk that he was born six weeks early and lived in the NICU for the first month of his life. This is his first Halloween and his first trip to a pumpkin patch!” - Chandra F. 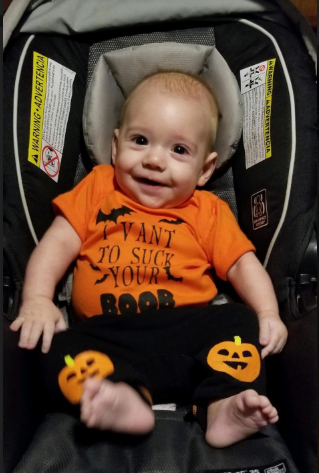 "Although our pumping journey is over, Riley still likes to show support in his festive tee!" - Holly (Breastpump Team Captain)
Mama Stories

Posted in All About Baby

← PREVIOUS
What Is The Impact Of Mental Health On Breastfeeding?

NEXT →
The Importance of Initiation in the NICU